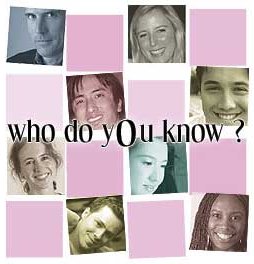 What started off sometime ago as just filling out a large form for kicks … (it was quite a novelty back then and the term social networking was probably not coined) has become a huge phenomenon today.
I never really went back to my orkut account for quite some time actually … probably a year atleast.
For me it was just something that would help some old classmate find me – if ever the need be … I did not feel the need to even update my profile … except for some very rudimentary contact details …
I even forgot I had an account there … I had friends on orkut in single digits and no one really cared about the site.
And nowadays, I’m hitting the site almost everyday … sometimes more than four to five times … and everybody I know is on orkut …
Over the past few months, orkut has just propelled into a the next big “2 point O” thing on the web – so much that google bought it – and now you log in using your google account.
Honestly speaking, Orkut is very poorly implemented – but its a great idea.
The reason it is so alive and kicking even today – and after the gzillion “No Donut For You – Bad Server” messages, people are still using it.
The conditions have definitely improved, because at one point of time, I remember people would not sign up, coz Orkut would keep rejecting their registrations due to server problems … and filling out those huge forms was a pain in the rear.
Saying all this, Orkut is still much better than the many other sites that have sprung up in its wake …
Google has a huge task on its hand – cleaning up a lot of bugs and getting a more stable release out. Orkut has had its share of security issues … which is even more scary considering the large amounts of personal information stored out there.
I had recently read a movie director saying that a good story generally sells even though it may not be very nicely shot … which I think is the case with Orkut.
Good idea, bad implementation.
But with google now in the picture, things have already started to look bright (slightly though)
In the end, you love it or hate it … but you find yourself being drawn to it so often … and this will probably be something which would help us friends and classmates communicate more easily once we’re on our own and the common college grounds cease to exist …
By Saurabh Jain
0
Gdrive …
Windows Media Player 11